Nitish Kumar had vowed to boycott the utilisation of liquor in the state if reappointed as the Chief Minister in the state assembly elections of Bihar.One of the points was to control aggressive behaviour of male members at home, regularly connected with excessive drinking. After he cleared the races and accepted his third successive term as the head of the State, Kumar declared forbiddance of alcohol in the state. This decision significantly impacted the state's economy, an undeniable consequence. Apart from this,various other social aspects surfaced as a challenge for the incumbent government. The liquor prohibition policy impacted the voting pattern, giving the Chief Minister an upper edge as he ideated the policy and affirmed its sustainability. Still, the viability of the coalition was also put to the test. One amusing aspect was that the alliance, known as Mahagathbandhan, which were in place while formulating this Prohibition act, could not sustain for even the next two years, and the coalition changed. Still, the position of Chief Minister remained constant. As a result, now the parties who were favouring and opposing the prohibition act got altered, and seemingly the changed variability is in place with their position following the compliances of the coalition. The policy has a significant impact on the politics of Bihar, and the effect can be seen on the surface between the parties in the coalition. Therefore, the effect of the policy on state politics has also been analysed, along with the consideration of all the factors associated with it.The result will help us analyse the policy's success and its viability in the future. 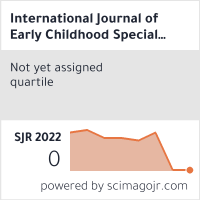